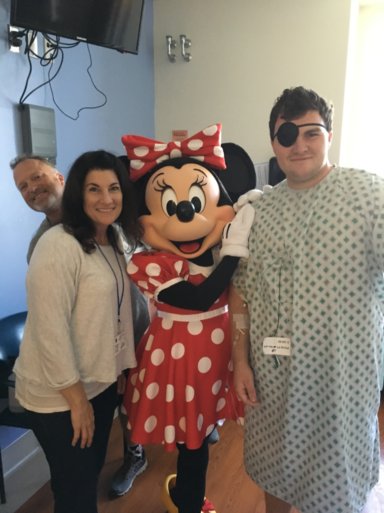 Since I started back at school in August, each day I woke up with a stomach ache.  It progressively got worse to the point in which I had to adjust my class schedule and start a little later in the morning.  My morning routine would sometimes take two hours to control the nausea with Zophran, or I’d wait a bit, eat, throw up, feel fine and then go to school.

One potential cause for my feeling like this is my Shunt could have been over draining and affecting my ICP (intracranial pressure) which if it’s too low can cause your brain to literally sage in your head and put pressure on your brain stem thus causing nausea and other potential issues. Remember, your brain floats in CSF inside your skull. 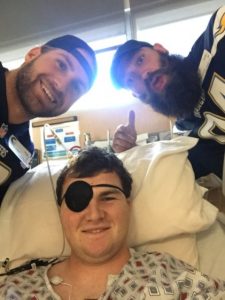 Before surgery, I had a cat scan, MRI and an x ray series to check my Shunt to make sure there were no kinks in the tubing or any breaks in the tubing between my brain and my abdominal cavity. I then had surgery to insert a probe in my brain to test my ICP.  My neuro surgeon drilled a hole in my head, and inserted a probe to measure the pressure – they call it a Bolt. The surgery took about 20 minutes. The coolest thing is when I woke up and was somewhat coherent, I got to meet two Chargers Players who were touring the hospital meeting us sick kids. They monitored my ICP for two days so they could see when it was at its high and low based on my activity levels to ensure my Shunt was doing its job. My ICP ranged between -5 and 22 mm Hg and tested normal (normal ICPs are 5-15 mm Hg).  Luckly, my Shunt was doing its job.

I had the subdural bolt 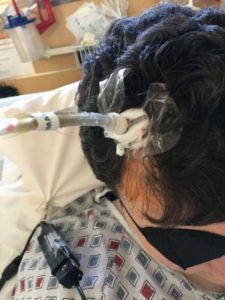 Yes… it sticks out of your head

One interesting result of the scans, was the Neuro Surgeon saw some swelling near my brain stem which was a delayed reaction from the Gamma Knife surgery back in May.  I was put on Decadron steroid, and miraculously, my stomach issue went away since this particular steroid is ideal for reducing brain swelling.  The area of the swelling put pressure on the nerves responsible for nausea.  The steroid was a short term fix for the nausea over the next month or so.

My stay in the hospital was two days and I was back at school by Friday and was able to attend our football game Friday night. 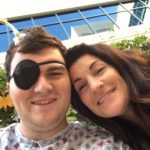 Outside time with Mom 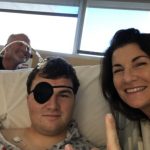 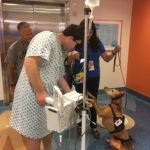 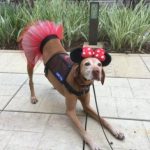 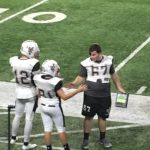 Easy surgery so I could make the game