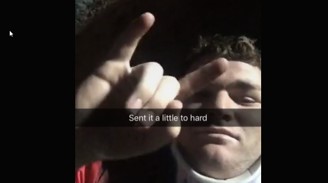 My journey started on January 16th of 2017.  I was off school for Martin Luther King Day, and was out for a normal mountain bike shred session with my buddies Iain, Zach and Ed at San Clemente single tracks.  We had a great day and to finish a great session, I decided to attempt a big gap jump (jump a road) as my last run. 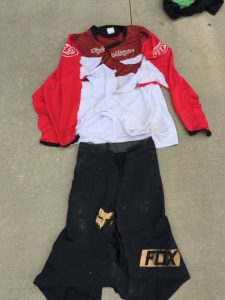 The run didn’t go so well, and I came up short, and crashed real hard. 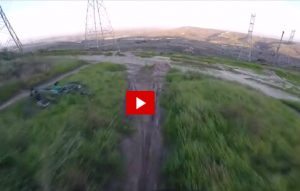 The bad landing the changed my life….

I couldn’t move my left side, and knew I needed help. I called my mom and dad, and after they talked to my buddies and a couple other guys helping me, they called 9-1-1 since it was getting late in the day, and no way for me to walk out based on how I felt. 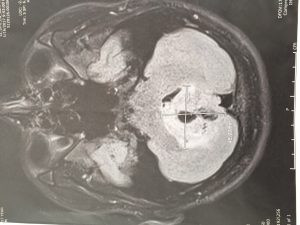 After a bit, the paramedics arrived, and I was helicoptered to Mission Hospital as a trauma.  As part of the normal trauma protocol, I got a CAT scan and thankfully there were no injuries as a result of the crash.  Here’s the real kicker, the CAT scan revealed a mass (the tumor) in my Cerebellum.  The tumor is something I may have had for a while, and was not a result of the crash. Due to the location of the tumor in the cerebellum and proximity to the brain stem my Neurosurgeon, Dr. William Loudon, determined in was necessary to remove the tumor.

My neurosurgeon is Dr. William Loudon.  He is one of the most well-known and renowned neurosurgeons in the world and treats me as if I were one of his own children.

I was very lucky to have crashed and have the tumor discovered.  Up until this point I had no signs or symptoms that I had a tumor or anything was going on.  But because the brainstem is so important to your body, I could have had at any time seizures, blindness, dizziness, loss of balance, or any failure of bodily functions such as breathing or the ability to move. The brainstem has integrative functions being involved in cardiovascular system control, respiratory control, pain sensitivity control, alertness, awareness, and consciousness. Thus, brainstem damage is a very serious and often life-threatening problem.

Since I was under 18, all of my treatment was considered pediatric so all of my treatment was at CHOC in Orange, CA.  Also, what we found out was that many of the pediatric brain tumors are in the rear of the brain, and most adult brain tumors are in the front of the brain.  Pediatric brain surgery is also very specialized and adult neurosurgeons typically do not operate on children or the back of the brain.