Back to Choc for the second time 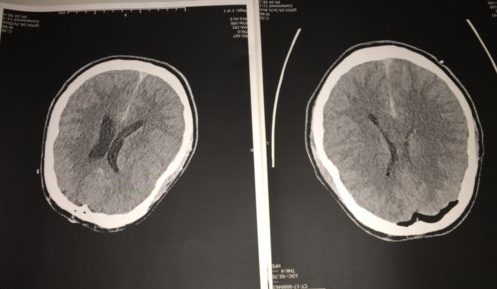 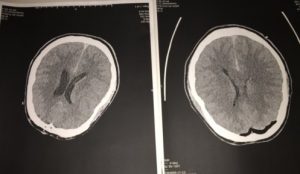 On the left are my expanded ventricles which is bad and means they are not draining. On the right are my ventricles right after surgery which were normal.

I was readmitted to the hospital February 2.  Upon admission to the hospital I had a MRI, and it showed my ventricles in my brain were really swollen and not draining normally.  This was causing major intracranial pressure (ICP) which was making me real sick – head ache, nausea and vomiting.  The swollen ventricles were not normal, and we needed to figure out what was happening. 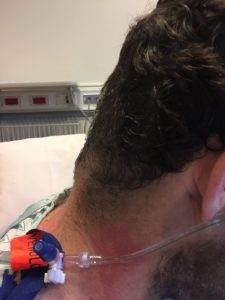 Since my the back of my skull wasn’t healed either, the cerebral spinal fluid under pressure was also looking for a place to escape and that was through the back of my head.